From the book:
Coconut. A guide to traditional and improved varieties.
By R. Bourdeix, J.L. Konan and Y.P. N’Cho

The Maypan hybrid was created in Jamaica in 1974 by crossing Malayan Yellow and Red Dwarf varieties, as the female parent, with a Panama Tall imported into the island at the beginning of the twentieth century. “May “ stands for Malayan and “pan” for Panama Tall, from the names of the two parental varieties.
As Lethal Yellowing Disease is rife in Jamaica, it is forbidden to import planting material from that country. Molecular biology studies have confirmed the close similarity between the Panama Tall varieties present in Jamaica and those in the towns of Aguadulce and Monagre in Panama. The closest kinship exists between the Monagre and Jamaica origins. In Côte d'Ivoire, only the Malayan Yellow Dwarf is used as female parent for the Maypan hybrid, along with Panama Tall varieties of Aguadulce and Monagre origin as the male parent.
The Maypan hybrid starts bearing 5 years after planting and can produce 200 fruits before the 7th year.
It remains slightly less productive than PB 121 in Côte d'Ivoire, particularly before maturity. For yields cumulated over the 5 to 8 years old period, the difference amounts to 2.6 tons of copra per hectare, i.e. 100 fruits per palm.
Once the palm reaches maturity, yields increase and the difference diminishes. Over the 9 to 13 years old period, the Maypan and PB 121 hybrids respectively produce 4.6 and 4.8 tons of copra on average per hectare per year, i.e. 122 and 143 fruits per palm per year. The Maypan produces fewer but larger fruits, averaging from 1,200 to 1,400 grams. The nuts weigh around a kilogram and contain 450 to 470 grams of meat on average. Copra weights per fruit vary from 240 to 260 grams depending on the years and plots. The high yields indicated above were obtained on a research centre. They should be extrapolated with caution to commercial growing conditions, which are often less suitable.
Until recently, the Maypan was considered to be resistant to the Lethal Yellowing disease in Jamaica. Since 1972, up to 100,000 hybrid seednuts have been produced yearly in that country. In 1969 the Jamaica Tall local variety accounted for nine tenths of the 3,000,000 coconut palms in Jamaica. However, 26 years later, the Jamaica Tall, which has been destroyed by Lethal Yellowing (and also by cyclones) no longer accounts for more than 1% of coconut plantings. In 1995, the remaining coconut palms consist of 49% Malayan Dwarf varieties, 49% Maypan hybrids, and only 1% Panama Tall. Despite this initial brilliant success, the hybrids as well as all other available varieties started dying in their thousands in the mid-1990s. Experts are examining various hypotheses to try to understand and attempt to control this unexpected resurgence of the Lethal Yellowing Disease. Fungi of the genus Phytophthora cause either bud rot, which kills the palm, or nut-fall, which reduces yields without killing the palm. In Côte d'Ivoire, only nut-fall occurs at the “Marc Delorme” Research Centre; the Maypan hybrid displays little susceptibility to nut-fall, with only 1% fruit losses, whereas PB 121 has 9% losses. However, in Jamaica, where coconut palms are killed by Phytophthora, up to 14% mortality has been recorded.
Posted by Dr Roland Bourdeix 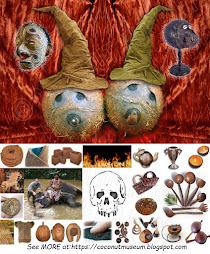